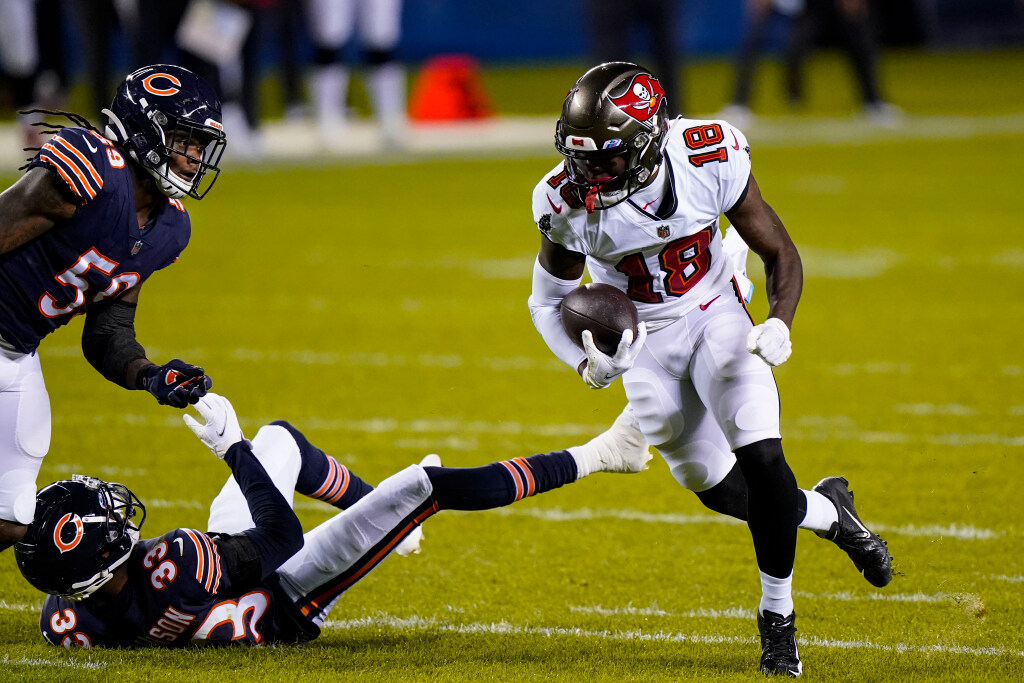 After putting up back-to-back 1,000-yard seasons, including 86 catches for 1,318 yards and 13 touchdowns as a senior for the 11-win Gophers, Tyler Johnson was a fifth-round pick by Tampa Bay in the 2020 NFL draft.

It felt, frankly, too low for someone with good size (6-2) who had been so productive in a major conference. And on Thursday, Johnson made the most of his first big chance to show off his skills on an NFL field.

Johnson, who was slowed both by a strange offseason and a training camp injury, didn’t get on the field the first two weeks of the season and wasn’t targeted while making his Week 3 debut.

But with the Bucs dealing with major injuries at wide receiver in their Thursday night game with the Bears, Johnson played a major role — and delivered, albeit in a 20-19 loss.

Johnson caught the first four passes of his NFL career, good for a team-high 61 yards. He made his first grab on Tampa Bay’s first drive by finding a soft spot in a zone for 17 yards — delivered, of course, by Hall of Fame QB Tom Brady, who moved to the Bucs from the Patriots in the offseason — to help set up a field goal. You can watch his full highlight reel from the game below.

The most impressive was a 35-yard catch-and-run in the first half during which he absorbed a hit from two Bears defenders over the middle, stayed on his feet, broke another tackle and moved all the way inside the Chicago 10 yard line to set up a touchdown.

He wasn’t targeted on Tampa Bay’s final failed drive, when the Bucs turned the ball over on downs to fall by one point. But it was still an impressive game for