Scientists return from Arctic with wealth of climate data

BERLIN (AP) — An icebreaker carrying scientists on a year-long international effort to study the high Arctic has returned to its home port in Germany carrying a wealth of data that will help researchers better predict climate change in the decades to come.

The RV Polarstern arrived Monday in the North Sea port of Bremerhaven, from where she set off more than a year ago prepared for bitter cold and polar bear encounters — but not for the pandemic lockdowns that almost scuttled the mission half-way through.

“We basically achieved everything we set out to do,” the expedition’s leader, Markus Rex, told The Associated Press by satellite phone as it left the polar circle last week. “We conducted measurements for a whole year with just a short break.”

The ship had to break away from its position in the far north for three weeks in May to pick up supplies and rotate team members after coronavirus restrictions disrupted carefully laid travel plans, but that didn’t cause significant problems to the mission, he said.

“We’re bringing back a trove of data, along with countless samples of ice cores, snow and water,” said Rex, an atmospheric scientist at Germany’s Alfred Wegener Institute for Polar and Ocean Research that organized the expedition.

More than 300 scientists from 20 countries, including the United States, Britain, France, Russia and China took part in the 150-million-euro ($177-million) expedition to measure conditions in one of the most remote and hostile parts of the planet over the course of a whole year.

Much of the information will be used to improve scientists’ models of global warming, particularly in the Arctic, where change has been happening at a faster pace than elsewhere on the planet.

As part of the expedition, known by its acronym MOSAiC, the Polarstern anchored to

Click here to read the full article on SPIN.

Way back on Sept. 30 — which may as well be eons ago but in reality was the day after the first presidential debate — Halsey sat down with former Democratic presidential candidate Bernie Sanders for the first in what she bills as an “intimate conversation to discuss the future of America, some of the most important issues facing our nation and why they’ll be voting for Joe Biden this November.”

In the chat that was titled “Greed & the Wealth Tax,” the debate (Halsey says is “arguably one of the most frustrating pieces of television that I’ve ever had the misfortune of witnessing”) and Halsey’s upbringings in a “lower class family.”

One of the most compelling parts of the conversation was when the two discussed the “preposterous concept” of billionaires.

As for being a member of the “1%” due to her success as an artist, Halsey told Sanders: “Having that sort of shift in perspective, given the ability to kind of see things from both sides, there’s one thing that I know for a fact: it’s that, for me personally, there is no amount of money that I think is worth personally contributing to the alienation, the disenfranchisement of millions – hundreds of millions of people across this country – which is why, despite being in the 1%, I support the wealth tax.” She also said that people who oppose the wealth tax is because of greed.

Watch the full conversation between the two below. 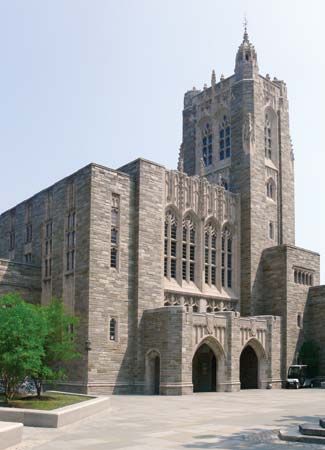 Newman’s The Thought of a University advocates his ideas of university training looking for to guard towards obscureantism in schooling. Your allowable Lifetime Learning Credit score is limited by the amount of your income and the amount of your tax. There’s a lack of range and ethnicity in community schools, as the scholars are all out of your area and you’ll probably know most of them wherever.

Keep in mind solely an accredited university diploma online can fulfill your dreams some other diploma is simply a rip-off. One other professional for attending a small college is the advisors know the students very nicely. University of Toronto worldwide college students get the distinctive privilege of finding out in a multicultural and international metropolis, which has been voted as the most effective pupil cities by QS world rankings.

The course have to be both a part of a postsecondary diploma program or taken by the coed to amass or improve job abilities. The result is the amount of your phased out (reduced) Lifetime Studying Credit ($1,056). Presently, Buddhi Dharma University has approximately three thousand college students, with rising numbers of students every year.

Should you pay qualified training expenses in 2015 for an academic interval that begins within the first three months of 2015 and also you receive tax-free educational assistance, or a refund, as described above, you may select to reduce your certified schooling expenses for 2015 instead of reducing your bills for 2015.

Any benefit can even rely upon the scholar’s federal and state marginal tax charges in addition to any federal and state tax credit the coed claims. Community colleges play an vital position in offering affordable education; but they are thought-about inferior compared to University schooling.…