The University of Waterloo has an opening for a tenure track assistant professor specializing in science and engineering – but white men need not apply.

According to a listing from the Canadian university last month, the position is  available only to women, or ‘qualified individuals who self-identify as women, transgender, non-binary, or two-spirit’ – a gender-variant derived from Native American culture.

Men, meanwhile, will not be considered, the school says – especially if they are white.

The assistant professor role in the school’s Natural Science and Engineering Research division would pay between $90,000 and $120,000 a year, according to the ad.

‘Negotiations beyond this salary range will be considered for exceptionally qualified candidates,’ the post then notes.

According to the listing posted by the Canadian University, the position is only available to women, or ‘qualified individuals who self-identify as women, transgender, non-binary, or two-spirit’ – a gender-variant derived from Native American culture 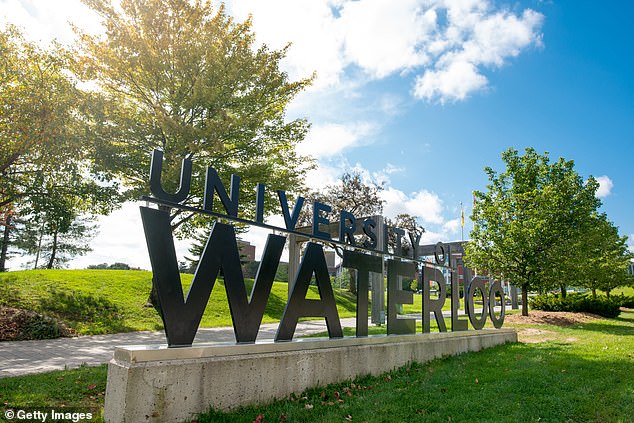 In the listing, the school asks applicants to fill out a self-identification form to ensure that they fall into one of the four categories, in an effort to ‘address the underrepresentation of individuals from equity deserving groups among our Canada Research Chairs.’

‘Because this is a special opportunity for a specific member of the four designated groups, applicant self-identification information will be used for the purposes of screening and consideration,’ the university said.

‘As such, this opportunity is open only to individuals who self-identify as women, transgender, non-binary, or two-spirit.’

The stipulations from school brass may come as a surprise to some, as the university, which has a main campus in Waterloo, Ontario, and three more satellite campuses in the province, is a public institution, meaning policies that discriminate based on gender are prohibited.

‘However,’ the ad asserts that school officials can circumvent that policy by implementing ‘special programs’ under the Ontario Human Rights Code, ‘designed to help people who experience hardship, economic disadvantage, inequality or discrimination.’

The school said those who self-identify as women, transgender, non-binary or two-spirit fit that criteria. 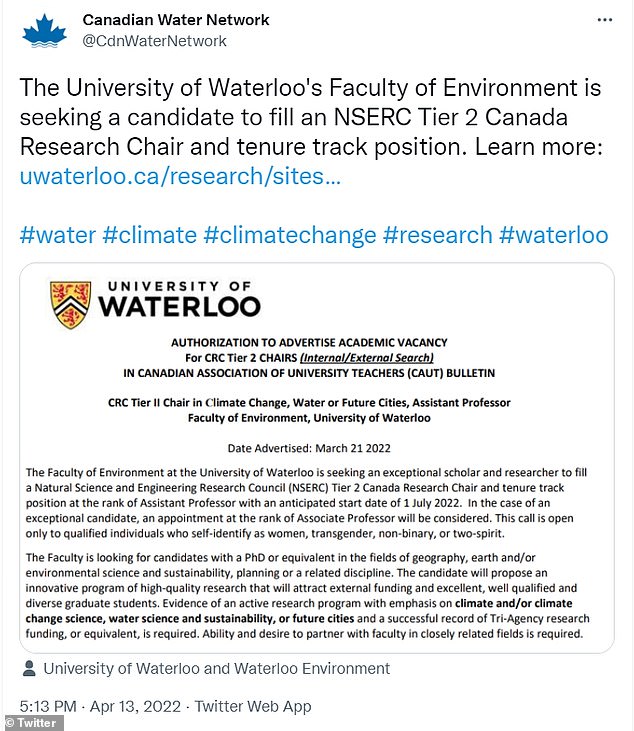 The successful applicant would join the school’s Natural Science and Engineering Research division in an Assistant Professor’s role – a position that would pay between $90,000 and $120,000 a year, according to the ad

‘The University values the diverse and intersectional identities of its students, faculty, and staff,’ the post reads. Applications were being accepted between March 21 and April 22.

‘As such, we encourage applications from candidates who have been historically disadvantaged and marginalized, including applicants who identify as Indigenous peoples,’ the listing states.

‘Two-spirit,’ a gender-variant associated Native American culture, according to the U.S. Department of Health and Human Services, describes ‘male, female, and sometimes intersexed individuals who combined activities of both men and women with traits unique to their status as two-spirit people,’ the agency writes.

The term also may refer to ‘same-sex attraction and a wide variety of gender variance, including people who might be described in Western culture as gay, lesbian, bisexual, transsexual, transgender, gender queer, cross-dressers or who have multiple gender identities,’ the site states.

Users on social media were quick to question the legality of the listing.

‘”Even though the University of Waterloo is a public institution that prohibits discrimination based on gender, it can implement “special programs,”‘ one user wrote, quoting a piece from Fox News that reported on the post.

‘Is this not a double [standard]?’ the tweet remarked. ‘Tenure should stop altogether.’ 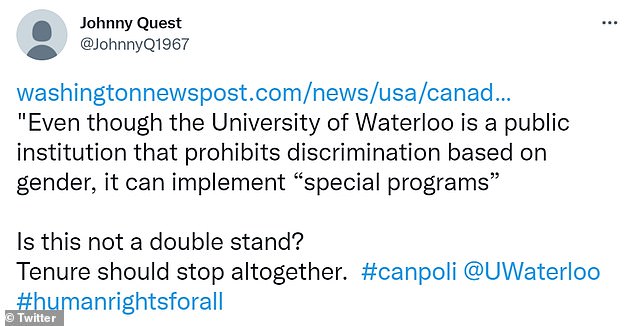 Users on social media were quick to question the legality of the listing, which circumvents federal laws that prohibit public schools from implementing policies that put a bias on gender

Another exclaimed that the university ‘has gone woke,’ with someone else complaining the Canadian college had ‘taken Biden’s affirmative action even farther’ with their ‘special programs’ hiring search.

The listing is not the first from the Canadian public school, which nixed 49 of its staff last month over required vaccine mandates, to put a premium on candidates from underrepresented backgrounds.

‘All applicants to this cluster hiring opportunity must self-identify as black in their cover letter,’ staffers wrote on the school’s website advertising the campaign.

‘Because this is a special opportunity restricted to self-identified black candidates, applicant self-identification information will be used for the purposes of screening and consideration.’

In both instances, university brass allowed applicants who ‘self-identify’ as members of the marginalized groups to apply. However, it is not clear what level of proof the university requires.

The study also found that half of the 1,250 white college applicants claimed Native American status.

Meanwhile, 77 percent – more than three-quarters of the sample set – of students who lied about their race were accepted by the schools they applied for.

Late last month, University of Waterloo brass announced the school had terminated 49 of its staff, including at least one professor, over the school’s COVID-19 proof of vaccination requirement.

The school asserted that the ‘vast majority’ of those fired were non-faculty members.

‘We have an obligation under the Heath and Safety Act to protect our employees, and the employees have the obligation to comply,’ said Nick Manning, vice-president of university relations. ‘All of those who weren’t able to be compliant after progressive measures faced the ultimate result of termination.’

The progressive measures mentioned by the staffer included both paid and unpaid leave.

In late March, the school announced it would suspend its proof of vaccination requirement for entry onto campuses on May 1.

University officials did not immediately respond to a request for comment concerning the prospective professorship Monday morning. 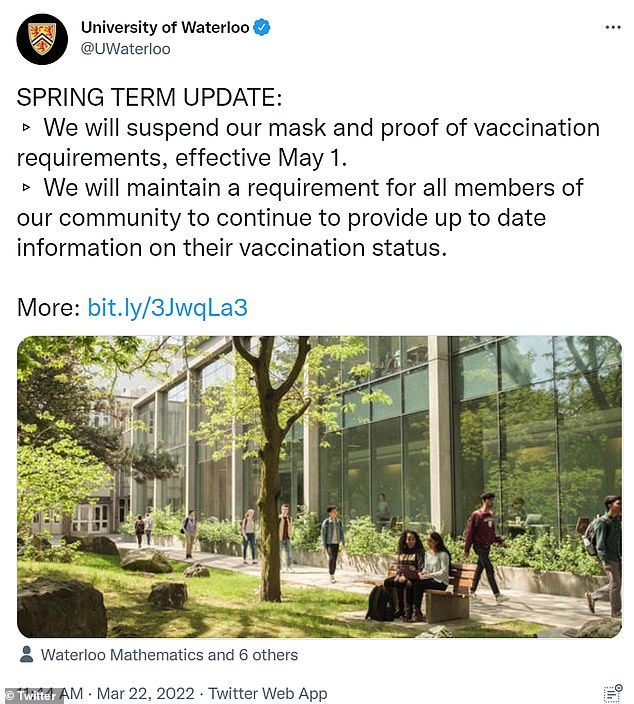 In late March, the school – which fired 49 staffers last month for not getting vaccinated – said it would suspend proof of vaccination requirement for entry onto its campuses on May 1

The Advantages Of College Recruiting Companies

The Oceans Are Stratifying Into a Layer Cake

High-speed photos shine a light on how metals fail