Many people bring up Will McAvoy’s famed Northwestern speech from “The Newsroom” when they encounter Jeff Daniels, who played the sharp, dyspeptic anchor in Aaron Sorkin’s HBO drama.

Filmmakers have noticed  McAvoy and his scorching critique of American exceptionalism, too, leading to a rich bounty of intriguing roles in recent years, including  former FBI Director James Comey in Showtime’s  miniseries “The Comey Rule” (Sunday and Monday, 9 EDT/PDT). 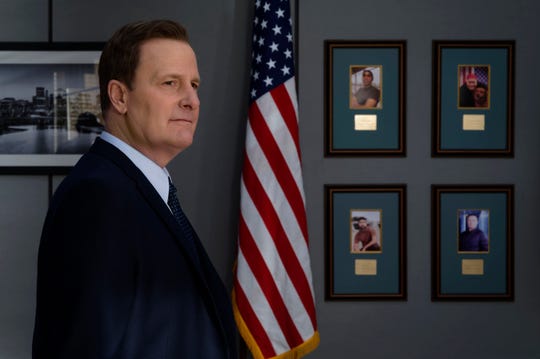 “Comey” writer-director Billy Ray understands why the actor is in demand. “It’s credibility. When he says something, you believe it. That is a hallmark of Jeff as a person. It comes out in his characters.”

Daniels, 65, has pursued a broad range of film, TV and stage roles for philosophical, creative and career reasons over a 44-year acting career that he celebrates every September 1, the day he arrived in New York in 1976 to pursue his dream.

“Actors are supposed to be as many different characters as we can be. That’s the big goal, not playing one thing for 40 years,” he says. 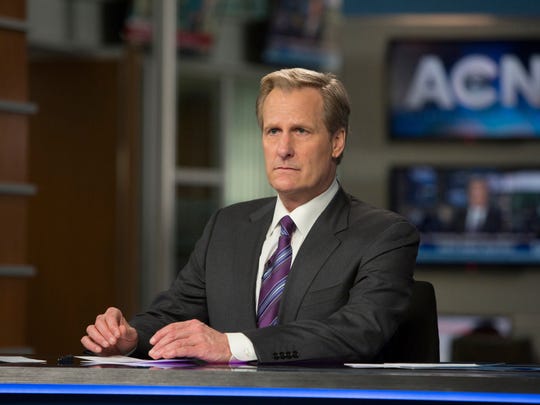 Jeff Daniels as Will McAvoy in a scene from ‘The Newsroom.’ (Photo: Melissa Moseley, HBO)

That helps explain Daniels playing celluloid-star-come-to-life Tom Baxter in Woody Allen’s “The Purple Rose of Cairo” (1985); gallant Col. Joshua Lawrence Chamberlain in “Gettysburg” (1993); selfish writer Bernard Berkman in “The Squid and the Whale” (2005); sex offender Ray in “Blackbird” on Broadway (2016); and, the greatest of outliers, moron Harry Dunne in “Dumb and Dumber” (1994).

“I’ve always said, ‘When I’m done, I’m going to throw a dinner party and all the characters I’ve ever played are going to show up’,” he says. “I want to see Harry Dunne sitting with Will McAvoy, and then Jim Comey sits down. They are all alive to me.”

Daniels goes around the table to discuss his guests’ projects:

“At the time, I wanted to shake it up. The dramatic career was in kind of a stall and I knew I could do comedy. I knew I had timing,” he says. “And it was the chance to work with this young comedic genius named Jim Carrey. (He) was on the rise and it was a buddy movie. So I said, ‘I’m in.'”

Advisers pushed back. “I had agents saying, ‘We’re going to stop you. This will end your career.’ One of them said, ‘Jim Carrey is going to wipe you off the screen.’ I said, ‘He’s not in the snowball-in-the-head scene. He’s not in the tongue-on-the-pole scene. And he’s not in the toilet scene. Unless they cut those scenes, I’m going to score.’ And it worked.” A 2014 sequel followed.

Jim Carrey, let, and Jeff Daniels in “Dumb and Dumber.”

Callow philanderer Flap Horton “was probably the role no young actor in Hollywood wanted. ‘You’re cheating on Deborah Winger while she’s dying of cancer? Yeah, I’ll pass.’ No, I was happy to take that.”

“There are things I’ve done that have impacted people in ways I didn’t anticipate,” he says of Noah Baumbach’s searing portrayal of a couple’s split as seen through the eyes of their young sons. With “The Squid and the Whale,” kids of divorce have talked to me, now grown, just going, ‘Oh, man.’ You want that impact.”

“They didn’t know how to market it. They marketed it as a Chevy Chase comedy and then we’ve got that wild third act. So that didn’t work,” he says. “When you say ‘Something Wild,’ I think of how much I miss Jonathan Demme.” 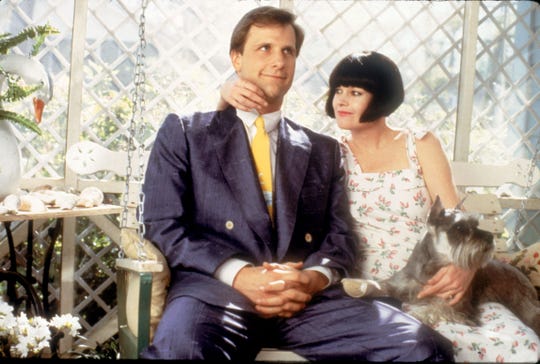 “I don’t think anything will top what I got to do eight times a week on Broadway playing Atticus Finch. In particular, the closing argument that Aaron Sorkin had written based on Harper Lee’s book, to stand on the front of the Shubert stage and deliver a right hook to white America about racism, 1,400 predominantly white faces not moving. Just amazing. You could feel the stillness.”

At some point, Daniels will play a compromised police chief in a working-class Pennsylvania town in Showtime’s pandemic-delayed drama series, “Rust.”

“I’m ready to go,” he says. “Luckily, we’re healthy, but it’s been a sprint since ‘Newsroom’ and especially after ‘Mockingbird’ and going right into ‘Comey.’ I’m appreciative of the time to recover.”

When a Champ Car winner’s F1 career lasted one lap

What Actor Should Get a Meta Celebration of Their Career Next?

How does the start of Dwayne Haskins’ career compare to Lamar Jackson’s?