Endowments often go to great lengths to seek out returns. Brown University’s goes further than most.

The $4.7 billion endowment has hired private detectives to investigate a money manager and backed unproven startup funds. The endowment’s former head and current adviser has also hosted some prospective managers for dinner with his family, supplementing Brown’s due diligence.

The approach has paid off. Brown’s endowment over the course of

It notched a 12.1% return in the fiscal year that ended June, Brown said last week, a top rate among college endowments. The median return of U.S. endowments in the same period was 2.6%, according to Wilshire Trust Universe Comparison Service. It was the second year in a row that Brown’s return rate beat those of the Yale University and Harvard University endowments, though they run far larger pools of money.

Other investors have taken note of Brown’s growing lead and wondered how Mr. Dowling and his team, including Chief Investment Officer Jane Dietze, have pulled it off—and whether Brown can replicate that performance long-term.

Brown believes the endowment’s performance reflects the entire team’s work and not any individual’s, Executive Vice President of Finance and Administration

said in a statement.

Mr. Dowling handed the reins to Ms. Dietze on July 1 and now is a member of Brown’s investment committee. He spends half his time on matters relating to the university, which is located in Providence, R.I., including advising its president,

to launch a blank-check company, an entity that typically goes public to raise cash in order to acquire a business.

Brown’s return over the past five fiscal years was 9.8%, surpassing the 5.7% median annualized return of U.S. endowments tracked by Wilshire TUCS in the same period.

The growth has proved crucial during the pandemic. Universities face increased student demand for financial aid and the costs of Covid-19 health measures while revenue from enrollment has shrunk. Brown expects a deficit of as much as 13% in its total operating budget for the current fiscal year, according to the administration.

Brown plans to withdraw up to $20 million in extra funds from the endowment to help cover the shortfall, Ms. Chernow said in a statement. The university also issued $700 million in bonds this calendar year.

Brown has shown a willingness to go where others might shy from under Mr. Dowling, a 56-year-old former hedge-fund manager, and Ms. Dietze, 55, a former software entrepreneur who helped manage an endowment-style fund at Fortress Investment Group.

, a former star mutual-fund manager for Fidelity Investments, was fundraising for his new hedge fund in 2019, some potential investors said at the time that they were intrigued but passed due in part to the circumstances surrounding his departure from Fidelity.

Mr. Baker resigned from Fidelity in 2017. The Wall Street Journal later reported a junior female employee had accused him of sexual harassment, according to an attorney for the woman and other people familiar with the matter.

He has denied any wrongdoing. A spokesman for Mr. Baker said at the time that he left “amicably a few weeks before planning to become engaged to his longtime girlfriend who is an analyst and fund manager there, as he believes his new fiancée and he should not work at the same firm.” A spokeswoman for Mr. Baker on Friday said they have since married and she continues to work at Fidelity as a portfolio manager.

Mr. Dowling brought up at an investment meeting the possibility of working with Mr. Baker, said people familiar with the matter. Ms. Dietze said every manager should have a fair shot. The team spent months vetting Mr. Baker and his fund, even hiring private detectives. When Mr. Baker’s Atreides Management LP launched with $300 million in 2019, Brown was a first-day investor.

Atreides has gained 47.4% or more depending on the share class, compared with a 46.5% total return by the Nasdaq Composite, from the hedge fund’s mid-May 2019 start through September of this year, said a person familiar with the fund. It has grown to more than $1 billion as other endowments and large clients have invested.

Brown has backed other fledgling funds when many endowments require yearslong track records.

—when he started Melvin Capital Management LP in 2014. Two years later, Brown invested in a $70 million hedge fund a twentysomething former Third Point analyst was launching called Skye Global Management LP. The $2.8 billion Skye has notched returns of nearly 50% a year after fees and the $11.9 billion Melvin about 30%, said people familiar with the funds.

Mr. Dowling, a Providence, R.I., native and Harvard graduate whose father taught at Brown’s medical school, has built long-term relationships with Brown’s managers, several of whom have met his wife and children or played squash with the onetime All-American. He has pushed the endowment to understand its managers in ways that go beyond pitchbooks. Mr. Dowling and Ms. Dietze, according to people familiar with their thinking, believe strong relationships with managers can lead to an early look at deals and a constant exchange of ideas.

“There are certain people that are quite gifted at sniffing out, I’ll call it, asymmetric reward for calculated risk—more upside than downside—and I think Joe is exceptionally good at that,” said Mr. Sternlicht, a former Brown trustee and investment committee member who runs the special-purpose acquisition company with Mr. Dowling. Brown will have first dibs to invest alongside the company but isn’t required to, said people familiar with the matter.

The endowment has benefited from a venture-capital portfolio that predates Mr. Dowling and Ms. Dietze. The Brown team, many of whom were hired for their investing experience at hedge funds and private-equity firms, have built upon that portfolio. Brown has a less private-equity-heavy mix than some larger peers and has embraced hedge funds, a part of the financial world many investors have declared dead.

The team has done away with set allocation targets in favor of broad ranges and the endowment doesn’t rebalance its portfolio regularly. Some universities have avoided such an approach to preserve guardrails around risk. Those close to Brown say its approach allows the endowment to be nimble.

Do you think more schools will try Brown’s approach to endowment investing? Join the conversation below.

Brown this year decreased its U.S. exposure and ramped up its holdings in China and emerging markets, said people familiar with the matter.

Ms. Dietze sold most of Brown’s oil-and-gas investments on the secondary market, some 2% of its portfolio, by 2018. The sale followed a review she led that, among other findings, concluded those investments weren’t worth the risk should the world transition to renewable sources of energy.

College soccer is in their vision, but pandemic interrupts the recruitment process

Extinct megalodon confirmed as the biggest fish in the sea

Join the remote work revolution with a career at VA 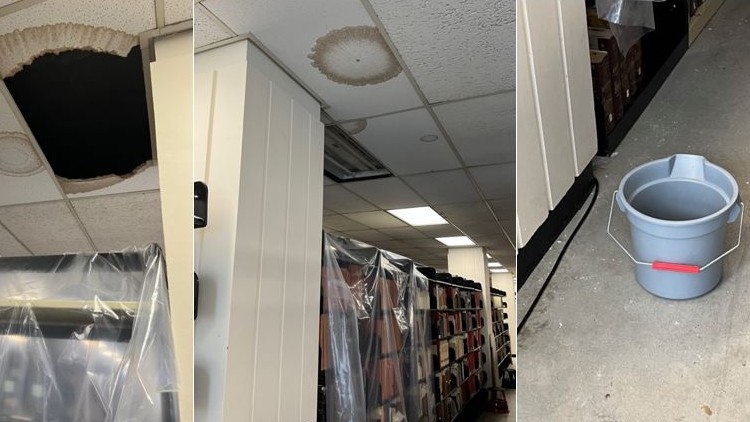