The daughter of Ecuadorian immigrants, and a nearly straight-A student, had her heart set on attending Cornell University, the elite campus in upstate New York where her older cousin was already enrolled.

But her SAT scores were discouragingly low.

“It was humbling,” said Cabrera Orozco, 18, a senior at Sleepy Hollow High School in Westchester County, just north of New York City. “I worked hard throughout all my years in high school, and then one test will determine if I’m good enough for a school. I feel like that’s kind of unfair.”

What Cabrera Orozco didn’t realize was that the pandemic that had disrupted her high school years led college admissions offices across the country — including Cornell — to waive standardized testing requirements. The change — perhaps the most significant shakeup in college admissions since the SAT and ACT were first widely required more than 50 years ago — has become a large-scale experiment, with high stakes for both colleges and their prospective students.

“It’s a sea change in terms of how admissions decisions are being made,” said Robert Schaeffer, the executive director of the National Center for Fair and Open Testing, which is critical of the way standardized testing is used. “The pandemic created a natural experiment. Colleges were forced to see how test optional worked.”

Test-optional and test-blind admissions had begun to gain steam before the pandemic, with proponents arguing that tests hurt the odds of applicants who have traditionally not done as well on them, including students whose first language isn’t English, students whose parents didn’t go to college, Black and Hispanic students, immigrant students and students whose families can’t afford expensive test prep programs.

But when the pandemic made it difficult to safely administer those tests, the test-optional wave became a tsunami. Nearly every college freshman in the country today — and nearly every high school senior who hopes to start next fall — was able to apply without submitting a score.

MIT made headlines recently when it announced that it will again start requiring applicants to submit their scores — in part because MIT’s leaders believe tests can help identify talented students whose circumstances in high school affected their grades. Hundreds of other institutions, such as the University of California and California State University campuses, have gone the other way, adopting test-optional or test-blind policies permanently.

But many of the most competitive colleges, including those in the Ivy League, are still gathering data, watching to see how the experiment turns out.

“We will be studying this first cohort,” Jon Burdick, Cornell’s vice provost for enrollment, said of the current freshman class. “We’ll be studying this next cohort and trying to tease out and unpack in a legitimate model what kind of effects created what kinds of outcomes.”

‘I knew I had the potential’

Before the pandemic, Burdick watched with curiosity as a growing number of mostly small, private liberal arts schools stopped requiring standardized tests, but it wasn’t something Cornell seriously considered.

When the health crisis closed testing sites in 2020, four of Cornell’s undergraduate colleges decided to go test optional, meaning students could submit a test score if they thought it would help them, but didn’t have to. Three of Cornell’s colleges adopted test-blind policies, meaning admissions officers wouldn’t look at any student’s scores.

The effects were immediate, Burdick said. Like many other colleges and universities, Cornell was inundated with applications — roughly 71,000 compared to 50,000 in a typical year.

And the new applications — particularly those that arrived without test scores attached — were far more likely to come from “students that have felt historically excluded,” Burdick said.

The university had always looked at many factors in making admissions decisions, and low test scores were never singularly disqualifying, Burdick said. But it became clear that students had been self-rejecting, deciding not to apply to places like Cornell because they thought their lower SAT scores meant they couldn’t get in, he said.

Other colleges also saw a similar surge in applications.

“If I had to include my score, I wouldn’t have applied to the schools I applied to,” said Kate Hidalgo, 19, who said her immigrant family in Elmsford, New York, also in Westchester, didn’t know that she could start taking and preparing for the SAT in the ninth grade to boost her score. “I knew I had the potential, but I didn’t have the resources that other people had.”

When disappointing SAT scores arrived, she started revising her list of schools, until her adviser from Latino U College Access, which helps first-generation Latinos access college, told her test scores wouldn’t be required.

She ended up getting into many top schools, ultimately choosing a full-ride scholarship to the University of Rochester (which shifted to test-optional admissions in 2019). She’s involved in student government and is enjoying her classes.

At Cornell, managing the surge in applications wasn’t easy, Burdick said. The university hired several admissions officers and about a dozen part-time application readers — paid for in part by the additional application fees.

The staff developed a numeric system to compare high school grades, with applicants getting more points if they took more challenging classes.

In the end, Cornell enrolled a more diverse class, including a nearly 50 percent increase in the share of first-generation college students. “It showed me that these students, given the opportunity, can show really impressive competitive credentials and get admitted with the test barrier reduced or eliminated,” Burdick said.

Research on colleges that went test optional years ago shows that students admitted without test scores come from more diverse backgrounds and do about as well in their classes once they arrive as peers who did submit test scores. The admissions directors at top colleges are watching closely to see how these policies play out on their campuses.

Yale University had previously studied the value of SAT and ACT scores and found that higher scores predicted better academic success, even when researchers controlled for other factors, said Mark Dunn, Yale’s associate director of admissions.

But now that the pandemic pushed Yale to go test optional, researchers are studying a new set of data and administrators plan to give the experiment a bit more time.

“It has been really illuminating and instructive to be frankly kind of forced into this policy,” Dunn said.

The University of Chicago shifted to test optional admissions in 2018 as a way of expanding diversity and has been thrilled with the results, said Veronica Hauad, the deputy director of admissions. The current class of freshmen has 56 percent more Black students, 26 percent more Hispanic and Latino students, 33 percent more rural students and 36 percent more first-generation students than the last class that enrolled before the policy change.

The University of Chicago had to increase its financial aid budget by 37 percent to help students from lower-income families, but that was part of the commitment the college made to diversity, Hauad said.

“For many students of many backgrounds, underrepresented or not, you come to college and you encounter people who are nothing like you,” she said. “And it really opens your eyes.”

The push for equity

The organizations that make the SAT and ACT acknowledge that wealthier, whiter students do better on average on the exams than other groups of students, but they say the tests are merely measuring inequality in the nation’s education system — not causing it.

“Abandoning the use of objective assessments like the ACT or the SAT introduces greater subjectivity and uncertainty in the admissions process,” said Janet Godwin, CEO for the ACT.

Priscilla Rodriguez, a vice president for the College Board, which makes the SAT, noted in a statement that many of the other factors considered in college admissions are affected by wealth and privilege, since families can hire writing coaches and admissions advisers and many schools give preference to children of alumni.

“In contrast, the SAT is available to all students, free to practice for, and free to take for low-income students,” Rodriguez said, also noting that student grade point averages have been climbing at some high schools, making grades an unreliable measure.

Craig Robinson, the CEO of College Possible, a nonprofit that helps first-generation students access and succeed in college, worries that test-optional policies will lead some schools to decide that their equity work is done and fail to make other needed changes, such as making college more affordable and ending admissions preferences for the children of alumni.

“We’d be fooling ourselves to think that this one decision or one trend is going to be the game-changer that addresses years of systemic inequity in admissions,” he said, but added that dropping test scores is a good start.

Cabrera Orozco credits Cornell’s test optional policy with the good news she received last month, inviting her to join the university’s class of 2026. She hopes the policy continues.

“It gives more opportunity to kids that are doing really well in school,” she said, “who aren’t in position to take the test five times to get the best score.” Merit scholarships have perpetuated racial inequities across the South 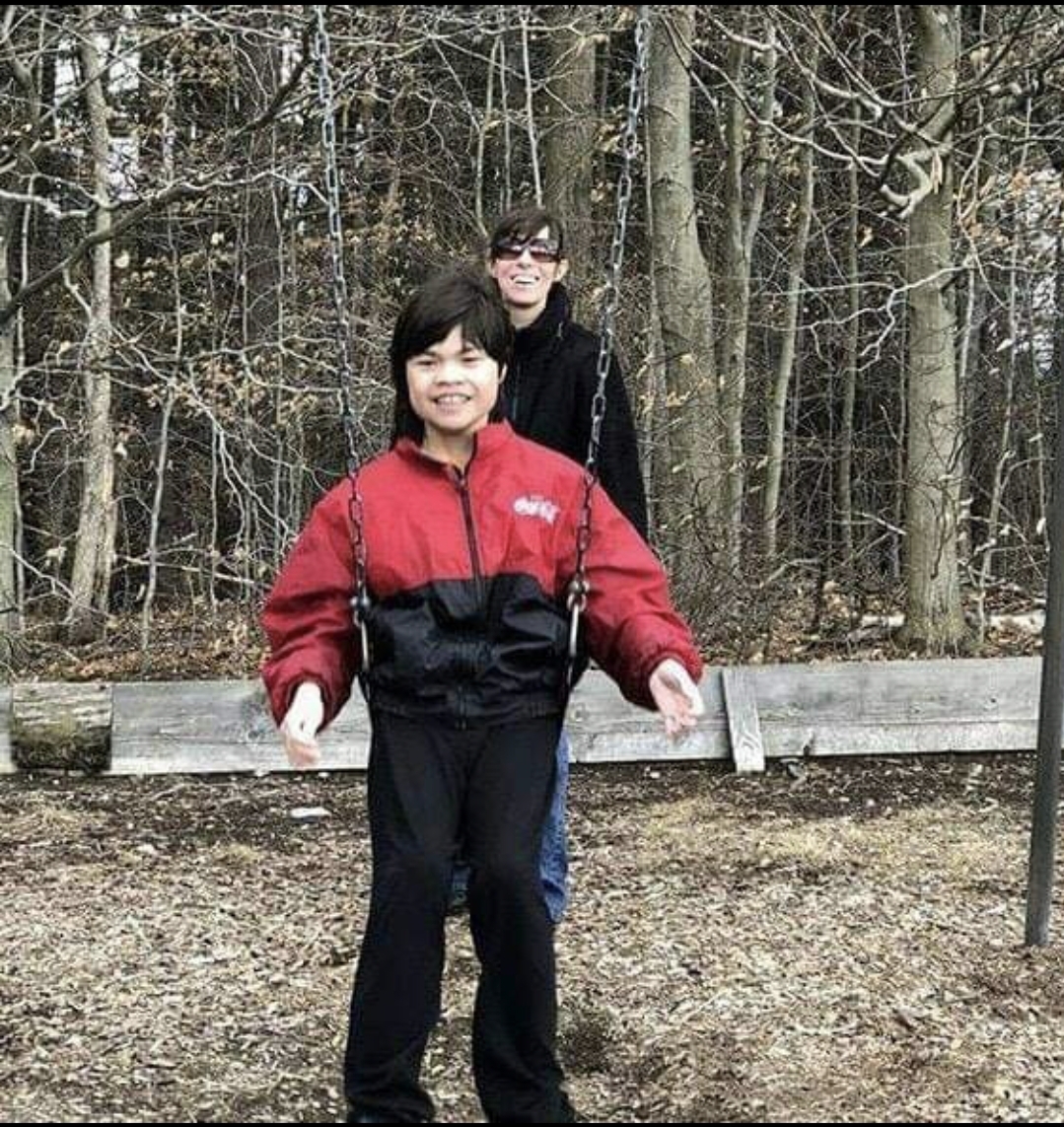 Education Can Change The World