Beyond telegraphing to students that it’s okay to cheat, the message these parents sent to their children was: You know all that hard work you did in high school? None of it is good enough.

“Can we just say how crazy it is that we even have to have this conversation in the first place?” says Macy Lenox, a mom of two and an associate dean of admissions at University of Virginia. “As a parent myself, I don’t come to this from a place of judgement, but from one of understanding. We’re drowning our kids in our best intentions. We’ve lost sight of our job, which is not to be the applicant, but to be the best supporters of the applicant we can be.” This means demonstrating confidence in their abilities, says Lenox. “By doing things for them, you’re saying I can do this better than you. Part of our job is empowering them to be advocates for themselves; to be successful in college, you’ve got to be able to use your own voice.”

Yet when we hear stories from friends or read posts on social media about all the hoop-jumping necessary to get into college these days, it’s understandably crazy-making. Even the most stalwart defenders of their kids’ independence can lose sight of the line between supporting and doing the work for them. And while most parents would rightfully balk at the idea of, say, rigging their kid’s SAT score, or Photoshopping their child’s face onto the body of an athlete in a sport their kid doesn’t play, the writing of college essays—with their lack of oversight, benchmarks or guarantees—remains a gray area.

Shawn Felton, senior director of undergraduate admissions at Cornell University, stresses how essential it is that kids don’t leapfrog over the opportunities for introspection intrinsic in writing essays. “Applying to college is a milestone marked by an applicant’s commitment to invest in further engaging, understanding and communicating themselves [to people] beyond those who have always known them,” Felton tells me. “Colleges ask applicants to take a look inside themselves and consider who they are and what they want. My hope is that individuals invest in better knowing themselves during this moment, and that they bring a real authenticity to communicating with colleges when writing their essays.”

Parents can, however, support their kids through this process, which includes encouraging them to do the challenging and ultimately gratifying work of telling their story on the page. Here, college admissions experts offer four reasons why parents should take a step back—and one way we can lean into the moment.

Writing their college essays helps kids gear up for success after high school. “The admission experience is a precursor to life in college—parents are not going to be there to concierge for their child,” says Rick Clark, director of undergraduate admission at Georgia Tech and author of The Truth About College Admission. Clark says that the essays are the one place on the application that kids’ voices can come through: “That’s fundamentally the point of the essay—it’s important for the applicant to examine and articulate what matters to them. When parents become a second author, they rob the essay of the very thing we’re looking for, which is the student’s voice.”

“The college search itself is a learning experience, and everything changes so much from the time kids start the process to the time they enroll. In writing the essays, kids should discover something that’s important to them,” says education journalist and author of Jeff Selingo, who spent a year embedded in admissions offices at competitive colleges around the country for his book Who Gets in and Why?: A Year Inside College Admissions. On a practical note, Selingo adds: “You’re going to have to be able to write when you’re in college; you might as well learn how to write now.”

Writing is therapy. “It can be frustrating to watch students grapple with their personal narratives, but when adults impose their word choices and life experiences on a student’s college essays, it sacrifices the authenticity,” says Mike Mallory, a former associate dean of admissions at UVA and current president and CEO of the Ron Brown Scholar Fund.

Mallory, who has been reading college essays for more than three decades, including more than 2,000 essays each year written by the high-achieving African-American students who apply for the Ron Brown program, emphasizes that the exercise of telling your story is part of the coming-of-age of the college process: “The inherent value of an essay is the opportunity for reflection and growth, and drafting essays involves a decision-making process that can be as unique as a thumbprint. When students decide on their own topic, … it’s invariably much better than whatever someone else might come up with for them. It may not be an easy topic to write about, but if it’s yours, no one should dissuade you from writing it.”

Admissions officers know what a 17-year-old voice sounds like—and what a 47-year-old voice sounds like. “When parents overly coach or even write the essays, they usually end up trying to shoehorn their kid’s entire life into a couple hundred words, or trying to write a list of what they think the admissions officers want to read—I started a nonprofit, I went on service trip to fill-in-the-blank country. It’s highly mind-numbing,” says Selingo. “Admissions officers are really looking for something they can’t learn from other parts of the application, the slice-of-life stories. It’s the authenticity of the kid’s voice that makes an essay stand out.”

UVA’s Lenox underscores this point: “The best essays are the ones where we don’t just want to admit the student, we want to take them out for coffee once they’re here. We’re not admitting academic machines—we’re admitting classmates and roommates and kids who will make thoughtful contributions to our community.”

If you write your kid’s essay, you’re depriving them of the opportunity to recognize just how much they do bring to the table. “Communicating with intent and purpose through their admission essays is a kind of writing exercise that most college applicants have not experienced,” says Cornell’s Felton. “Just like the life journeys of most college applicants are still being shaped and realized, so, too, are their communication and writing skills. When reading college application essays, we expect to see this unfinished vulnerability on display in a distinct, unique way for each applicant. It’s important for us to hear directly from each applicant about their story and how it’s going so far.”

Essays can provide a growth opportunity for parents, too. Yes, kids need to write their own essays, but they don’t have to do it alone. Whitney Soule, dean of admissions and student aid at Bowdoin College, adds that parents can help with essays by encouraging them to flesh out their thoughts and ensure clarity: “Parents can be a sounding board for an idea, asking questions that help the student develop that idea further or let them know if a description is confusing. When anyone besides the student does the writing, it actually interferes with how that picture comes together for us in admissions.”

Lenox says that the most effective editing is in questioning, not rewriting: “Parents can ask what did you mean by that? Is it clear to the audience? Polishing is clarity, not changing. Kids should be asked this many times over to ensure they’re not just throwing out an answer that they think you want to hear.”

Parents should certainly play a supporting role in perhaps the most important aspect of the college process: helping kids thrive wherever they enroll. “Parents love their kids, but your job as a parent isn’t to get your kid into a certain school,” says Clark. “Your job is to prepare them for wherever they go. Build the foundation—not just academically. Wherever they land, you want them to be successful.” 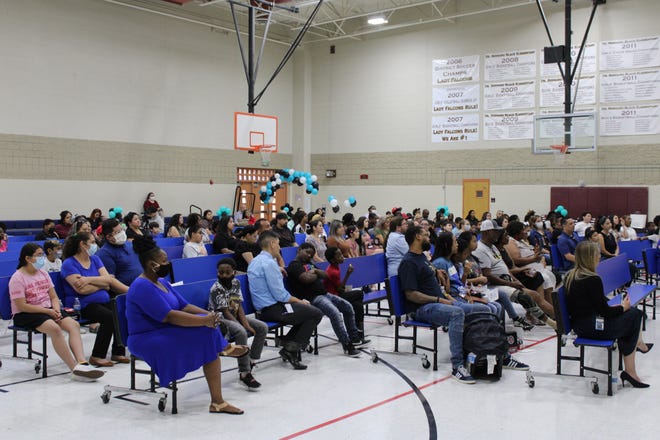 What Is The Distinction Between A Job, An Occupation And A Career?