Setting aside healthcare for a moment, unconscious bias is an incredibly hot topic right now. It is normally mentioned in terms of making recruitment for various professions more equitable and leveling the playing field for potential recruits of all backgrounds. It is therefore an important social issue and one that is commonly discussed in terms of government policy and the state of society in general. But more than just being unfair to recruits, unconscious bias can also limit an organization’s ability to hire the absolute best recruits; this is something which certainly applies within the realm of healthcare.

Whether we know it or not, all of us carry unconscious biases. Moreover, given that healthcare is currently experiencing an incredibly competitive talent market, it is wise to do something about any factors that might be limiting the effectiveness of recruitment processes and the ability of healthcare institutions to hire the right person for the job. Generally speaking, the way to do something about unconscious bias is to identify it, find out how it works, and then take steps to ameliorate the problem. But what does this mean in the context of healthcare?

Health Jobs, a healthcare jobs recruitment service, says that unconscious bias rarely plays a role in encouraging applicants. A typical healthcare job posting will include details about the job and the qualifications, skills, and traits required. This will attract anyone suitable for the job given that it is a suitably competitive posting in the context of the vast number which exist.

Rather, it is at the selection stage that unconscious bias occurs, when long lists of applicants are whittled down to those potentially suitable for an interview. At this point, it comes into play, and it is therefore at this point that it should be recognized and ameliorated. The unconscious bias that plays a role in the context of healthcare can be divided into positive or negative biases. Positive biases are those which give applicants an unfair advantage based upon factors that actually have little to do with the job itself or a candidate’s suitability. Negative biases are those which disadvantage a candidate for the same reasons.

In healthcare, positive biases very often revolve around education, specifically the schools that the candidates have attended. This is not necessarily a type of elitism, but some recruiters might lean more towards recruits from the schools which they attended, or the schools from which they have recruited successful healthcare workers in the past. Key to dealing with this is recognizing how this could be limiting your choices. Always judge a candidate on their suitability and qualification, not the name of the school they attended.

Negative biases are those which unfairly disadvantage a candidate. There are many examples of this. Superficial data often pays a role when it really should not. For example, candidates with certain foreign-sounding names might be assumed to be less fluent in English or less used to the American working environment. Similarly, foreign medical schools might put certain employers off simply because they do not know about them. But again, it is always best to disregard this and see what the candidate is actually like.

Ultimately, there is a social good to eliminating unconscious bias but, more than that, it is good for your institution too. 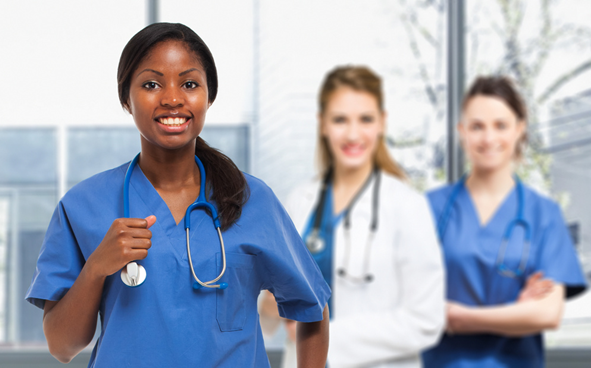 6 Factors To Consider When Choosing an Online Course

The Significance Of Christian Education In As we speak’s World